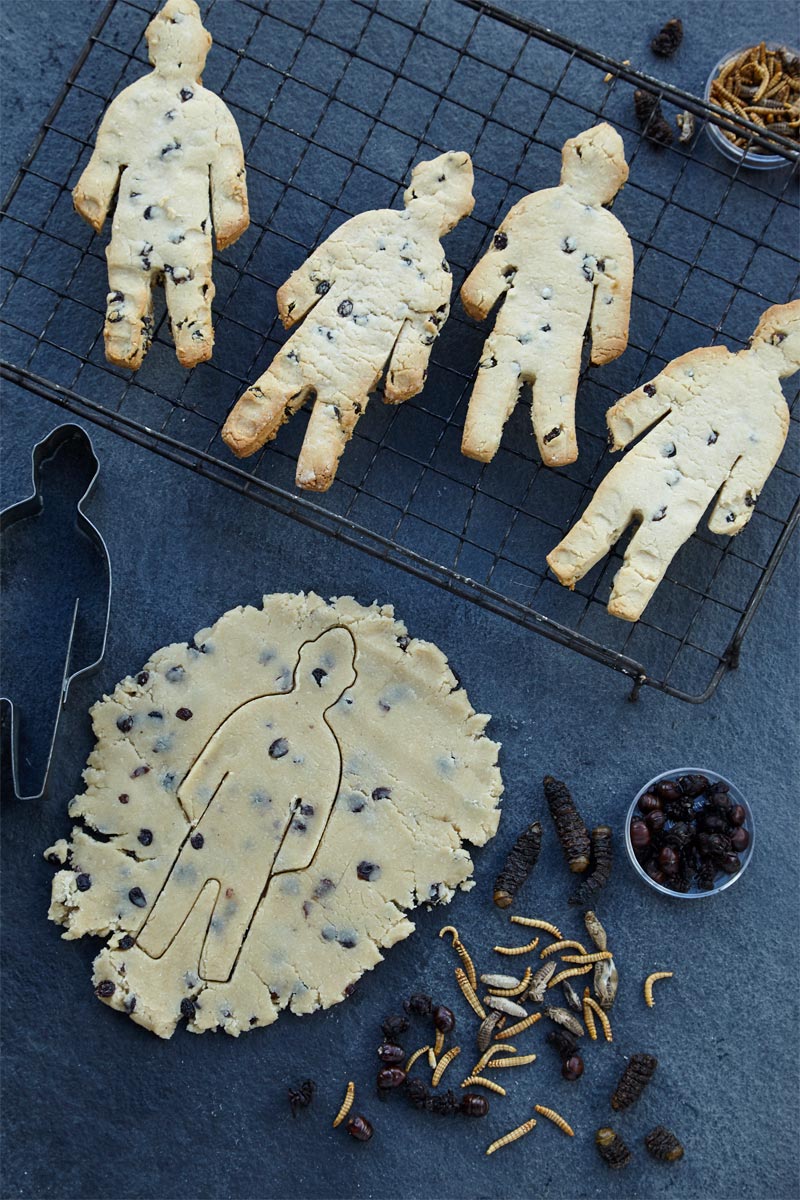 Preheat the oven to 170c/325f/gas3
Put the flour, ground almonds, baking powder and salt into a bowl and whisk well with a balloon whisk
In another bowl mix the coconut oil, maple syrup, vanilla essence and vegetable oil together
Pour this mixture into the dry mix, add the ants or rasins and mix well
Allow to rest a while
Then roll out to the thickness of a pound coin
Cut out your man biscuits with the cutter
Using a palette knife transfer to lightly greased baking sheets – allow a little space between them
Bake for 7- 10 mins – till the edges are just browning
Allow to cool

i is for insect

Forget the gingerbread man, this is Ant Man, a Marvel-ous biscuit!!

Entomophagy - the practise of eating insects by humans
Considered now that they may be the food of the future
Insects have been eaten by humans from the prehistoric times
It’s only in the western world that it is seen as a strange practice
It’s reported there are some two billion people eat insects regularly
They are enjoyed both cooked and raw
Many are packed with protein, fibre, good fats and minerals
It’s reported there are over 1,400 edible insects’ species on earth
Stinkbugs are said to have an apple flavour
Red Agave worms taste spicy
Tree worm tastes a bit like pork rind
Giant orb-weaver spiders- eaten raw have a taste somewhere between a raw potato mixed with a lettuce!
Whichetty grubs are described as tasting nuts, but never eat its head!
Water bugs – are said to taste like like fish and caviar
Grasshoppers can be roasted or boiled in a soup
And we have all eaten insect secretions = honey
They are described as the most successful class of living organisms
Honey ants are a food source for the Aborigines in Australia -
Called Yarumpa – the ants are put into the mouth and then squeezes it to release the honey
In Japan, the pupae of wasps are eaten
In Columbia ants are roasted with salt and eaten at feasts
In some mezcals they place a worm in the bottle to preserve and show how pure the spirit is - this is normally a larva of a moth called Hypopta agavis – and the tradition is if you are the last to drink from the bottle - you eat the worm
Meal worms are actually the lava of the flour beetle and are becoming increasingly popular as a easy to breed and efficient mini livestock 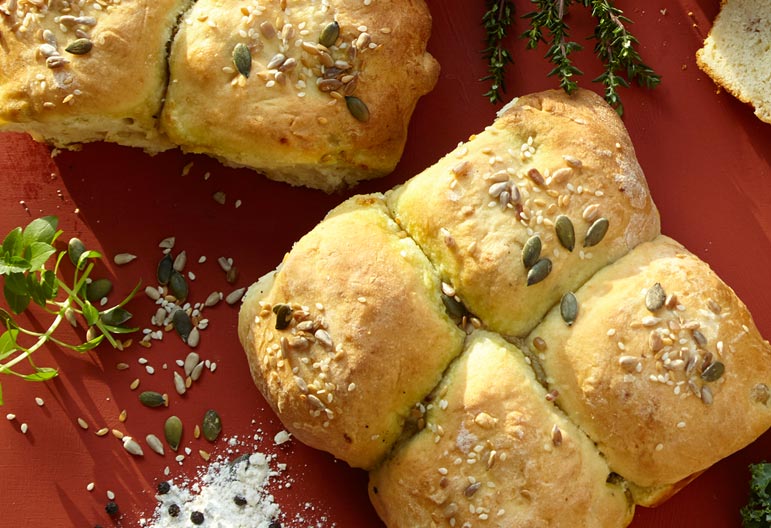 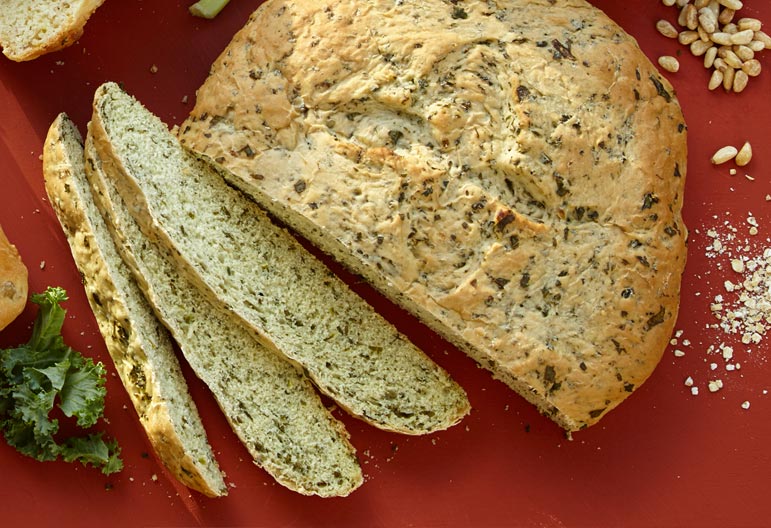 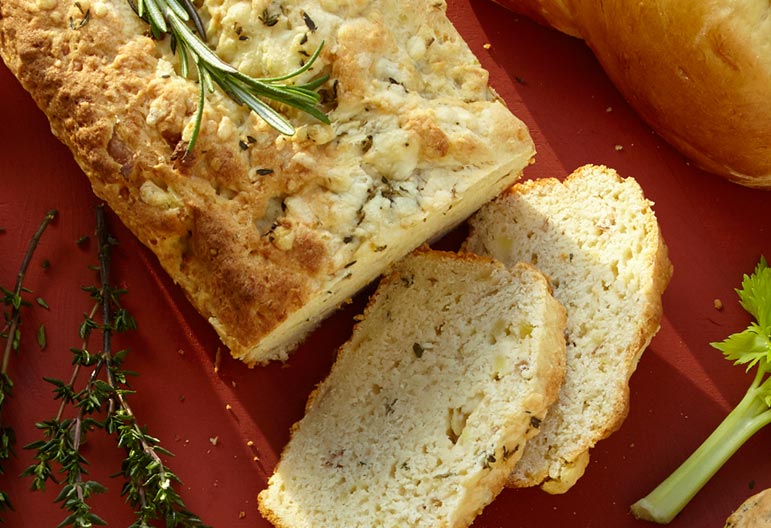 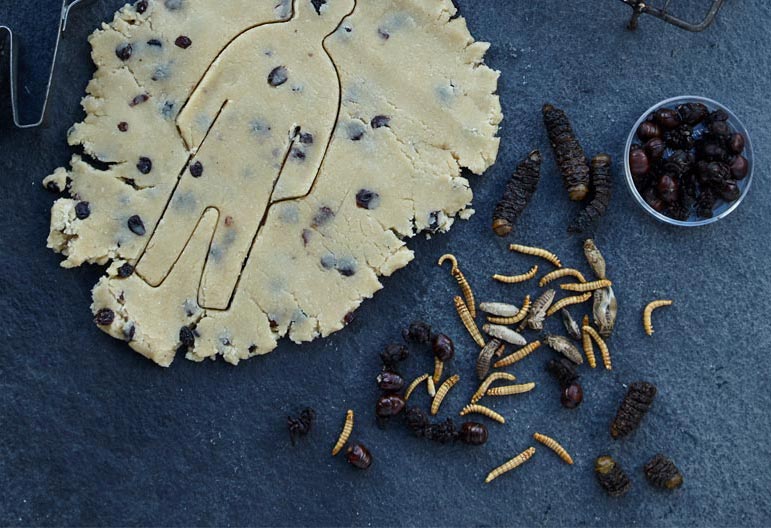